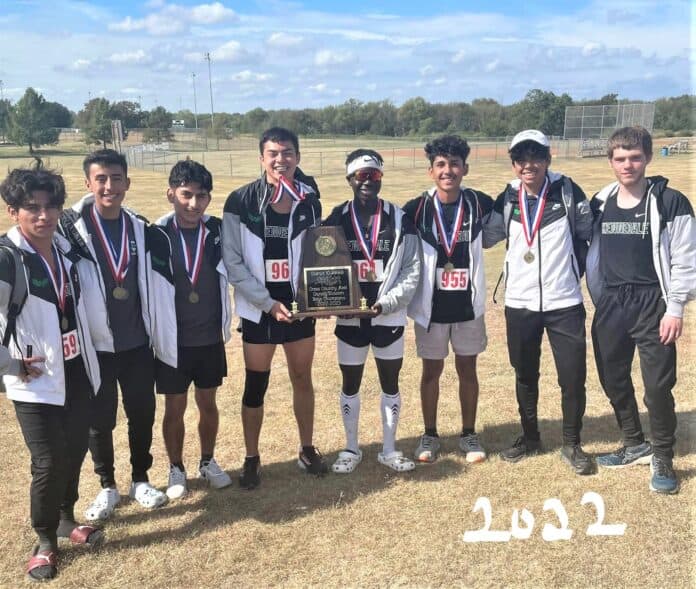 A senior-led KHS Wildcats Cross Country Team won the team championship at the UIL 2022 District 10-4A Cross Country Meet on Tuesday, October 12, 2022, in Hillsboro. Five Wildcats finished in the Top 20, including a one-two finish by Jonah Marvine and Justin Walker.

A young Lady Kat team compose of just two sophomores and two freshmen represented Kennedale High School this year in the district meet. They were Abigail Hernandez (SO) with a time of 15:24.04 giving her a #24 rank, Aubrey Haub (SO), Kylie Janae Nealy-Bowers (FR) and Kylie Mathews (FR). Note: For this writer, they should earn the grit award.

Good season so far for the top Wildcats runners …

Side note: Jonah Marvine’s best overall time is 15:20.53 according to MileSplit.

Sources for this article came from KHS, MileSplit, and the Kennedale News Search Archives.