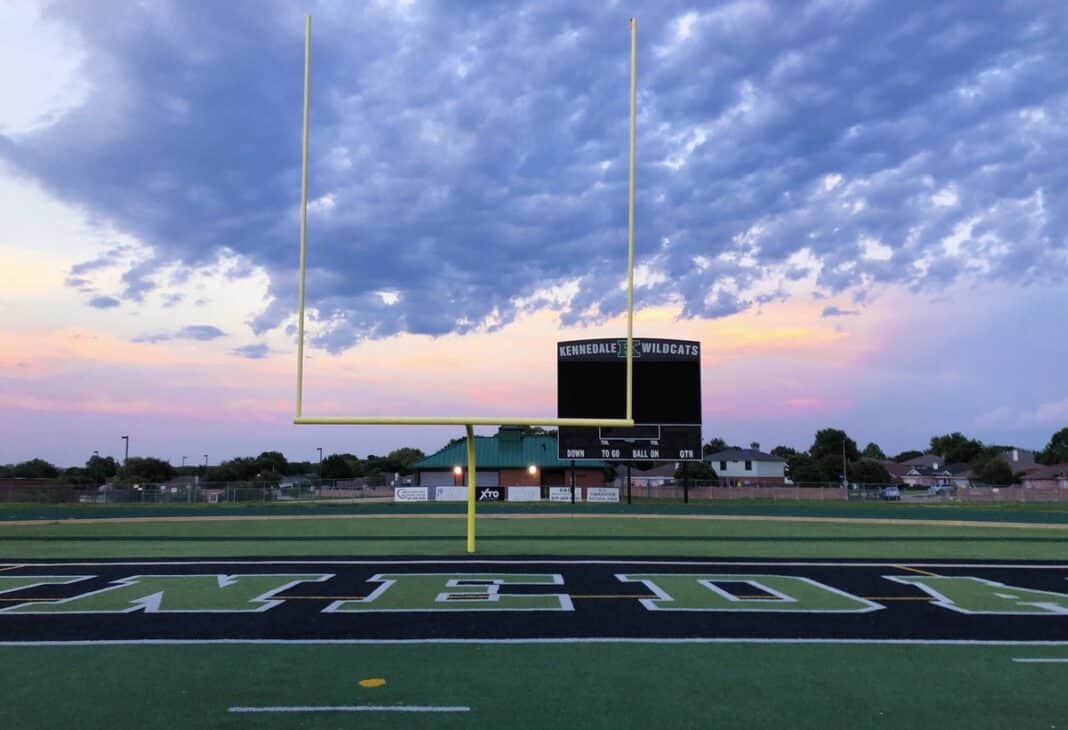 The Kennedale football team and their fans get their first taste of the 2022 football season when the Wildcat line up against La Vega this Friday evening in Waco.

About the Pirates (enrollment previous year 937) …

La Vega is ranked #8 in Class 4A D1 according to Dave Campbell’s Texas Football, calling them “always dangerous.” The Pirates play in District 5/4A, one of the most competitive in 4A D1, along with Stephenville, China Springs, Alvarado and Waxahachie. Stephenville won the state 4A D1 title last year. Waco La Vega lost in the championship in 2019 after winning it all in 2018. (Note: Kennedale lost in the title game the year before, 2017 against Carthage, and was a semifinalist in 2016).

Last year La Vega finished 9-4 on the season, 2nd place in the district, and went 3 deep into the state playoffs. La Vega lost some key players from last year but is still returning 8 on offense while just 3 on defense. Watch for sophomore running back Bryson Roland to provide some fireworks. He made a splash last year as a freshman.

Kennedale is ready as it is going to get at this point according to Head Coach Richard Barrett. “We have our bumps and bruises and there may be a player or two that will sit out this game but nothing really serious or season-ending.” Barrett is excited about the season starting and doesn’t mind that it is on the road.  “I like playing on the road. There is something exciting about it.  It is just the feeling that I get when we go on the road.”

History is on his side for the season start.  Kennedale won its opener last year versus Decatur 21-7. In fact, the Cats have only lost twice in the last 10 years either on the road or not when playing the first game of the season.

Owner walks in on burglary attempt