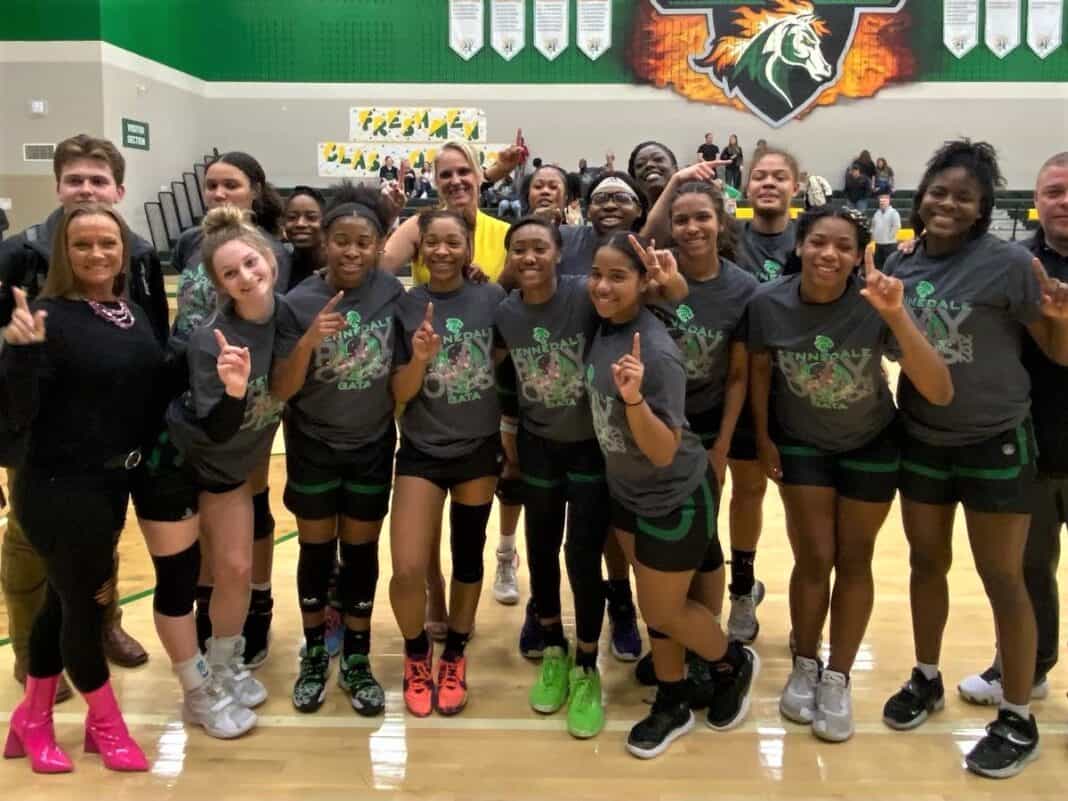 The Kennedale Lady Kats, currently ranked #8 in Class 4A by TABC, did as expected and swept by their first-round opponent in the UIL State Championship playoffs Monday night, beating Celina 59-34.

Occasionally there are upsets when the 4th seed out of one district plays the 1st seed from another, but not this night. The Lady Kat led from the beginning of the game dominated the Celina Bobcats who finished the season at 12-17, 7-6.

Kennedale’s Regan Jackson starred in this game. She scored the first 7 points in the game tacked on another 7 to finish the 1st half with a team-high of 14 points. She kept it up in the 2nd half to end with 29 points to help lead the Lady Kats to their 32nd win of the season and another leg up in the playoffs.

Celina’s Head Coach Sherry Ollison told the Celina Record, “Kennedale is a great team, very athletic and quick, and they had that over us.”

After the game, Kennedale Lady Kat bball tweeted out “Kennedale beat Celina 59-34 for the bi-district win. Reagan Jackson and Jayla Jackson Allen led with 29 and 15 points and Peyton Landry had some INSANE defense!! Dallas Carter is next!!

Carter came into the game with an 18-8, 7-3 record while Godley came in with an 18-15, 9-3 season record. Like Kennedale Carter led throughout the game despite Godley outscoring Carter in Q2 by 12-8.

Kennedale vs Carter – Area Round …

Round 2 in the playoffs for the Carter vs Kennedale is set for Thursday night (February 17, 2022) at Midlothian High School with game time set for 7 pm.

SPORTS: KHS Ex Charles one of the best at SFA

Wishing you a merry, safe, and healthy Christmas

Best way to help your child in school

While the game is not going to get a lot of attention, it is an important game for the Cats. Kennedale has not...

KHS CROSS COUNTRY OFF TO A FAST START

Cats move to 2-2 without breaking a sweat via forfeit

Elections coming – are you registered, have you moved recently, what are the deadlines &...

Next Tuesday is the 39th National Night Out in Texas. Is...

KISD has safety and security procedures for Friday night and all...

Elections coming – are you registered, have you moved recently, what...

KHS CROSS COUNTRY OFF TO A FAST START