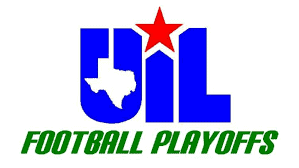 Can Kennedale be the giant killer?  Kennedale likes their chances. (Correction made in this article to show Argyle with 10-1 record)

How the two teams got here ...

The Cats are not favorites in any of the game predictions. It is a matter of a lack of respect that comes from the fact that this year the Eagles have played just 2 teams with losing records while Kennedale’s wins are mostly against losing teams, 7 to be exact.

Kennedale can’t always control their schedule, especially district placement. But Friday night the Wildcats have a chance to gain some respect. If they play their game, Kennedale can show that it is a top ten team and able to compete with anyone.

Final Note: Kennedale’s secondary can be expected to be tested first and often. This will be the first time that the defense has faced a team that can throw and run equally as well without depending on just one player.

If Argyle can’t open up the game in the first quarter, expect some surprises from Kennedale.

Sports Trivia: Kennedale and Argyle have played each other twice in the playoffs.

In 2014, the two teams met up in the 3rd round in a killer for the Wildcats. Argyle came in the game as the defending state champion and a 28 game win streak. Kennedale came out strong in the first quarter and by halftime led 27-17. Argyle begin to catch up and narrowed the Cats lead to 41-38 in the third. Argyle was able to turn the tables in the 4th and won 52-48.  Argyle went on to play in the state championship game before losing to Navasota 42-35.

In 2015, the two met again, and Kennedale kept it close until the 4th when Argyle went on to prevail 56-34. The two teams combined for 939 total yards in that game, Kennedale with 447 and Argyle with 492. Argyle again made it to the state finals before losing to La Vega 33-31.