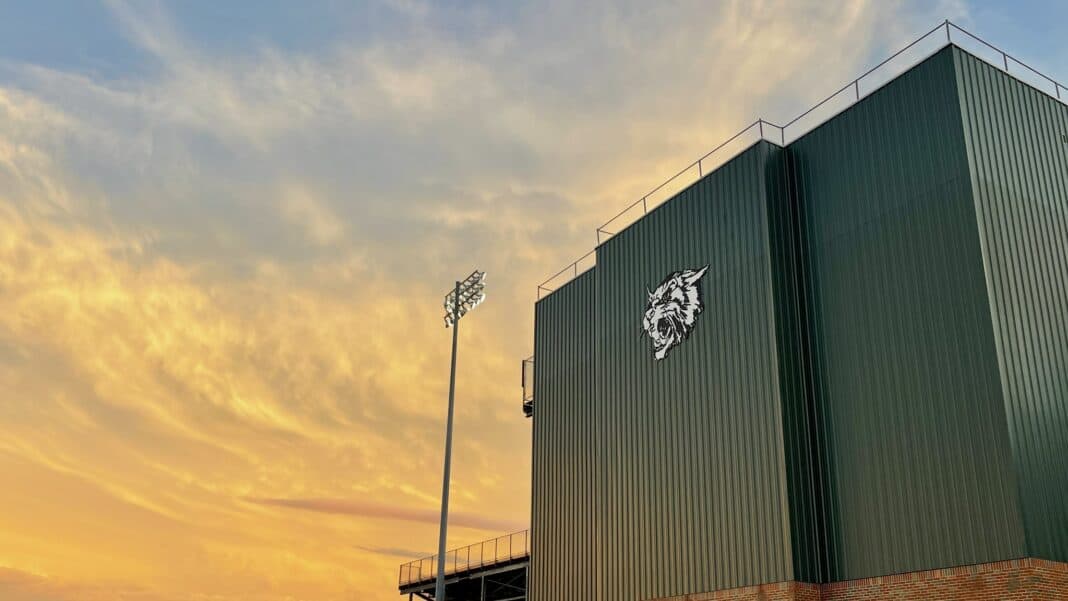 thanks to Staci Otts for cover photo …

It was business as usual Friday night as the Kennedale Wildcats (8-3) do what they are supposed to do in the first round of the UIL State Championship 2022 playoffs – win. Under Head Coach Richard Barrett, Kennedale is 19-3 in the last 22 years while playing in Bi-District, the opening round of the playoffs.

In this game, the Wildcats won in a defensive struggle where each team scored a single touchdown. Kennedale added a field goal to seal the win, 10-7. Kennedale’s scores came in the first half while La Vega’s score came on their last possession in a game that Kennedale ended with a kneel.

Some viewed this as an upset. But when you looked closely at these two teams, they were evenly matched with running games that were anchored by strong defenses.

La Vega had 5 losses coming into the game compared to Kennedale’s three, but without argument, the strength of District 5/4A was heads above 6/4A. Upset or not, for the Wildcats it was payback for the season-opening 34-7 loss to the Pirates.

Running back Cameron Lyles (Sr) showed he was undaunted with 144 yards on 29 carries and 1 touchdown. This is his 7th game this year with 100+ yards. In his last three games, he has averaged 139 yards. This game pushed him over 1000 yards for the year and gave him a total for the year of 17 touchdowns. Damari Harrell-Jones (Sr) contributed another 58 yards to Kennedale’s rushing total of 210 yards.

But once again, it was the defense that kept the game under control. La Vega entered the game averaging 30 points a game and went home with 7.

• Zach Conner (Sr) with 2 sacks (5 for the year), 7 tackles 3 for loss
• Lawrence Hodge (Jr) with one interception, one deflection, 3 tackles
• Shane Hull (Sr) with a caused fumble and 8 tackles
• Poasa Utu (Sr) with 15 tackles, four for loss, and one sack which gives him 75 tackles for the season
• Tyler Greenfield (So) with 10 tackles making him the 2nd leading tackler on the team for the season
• Jaylen Webb (Sr) stepped up his game with 9 tackles which equaled his previous game-high versus Western Hills.
• J. Jackson Jr (Sr) with 9 tackles placing him as the third leading tackler.

La Vega had 9 possessions. The Pirates punted 3 times, turned over the ball on downs 4 times, were intercepted once, and scored a touchdown on their final possession of the game.

Kennedale had 10 possessions. The Wildcats punted 3 times, fumbled once, turned over the ball on downs twice (once on missed field goal), scored one TD, scored one FG and time ran out on the Cats twice, (once at halftime and then on their last possession when Kennedale kneeled down 3 times to end the game).

The upcoming game is not the same …

Kennedale moves on to the second round or Area. It gets much more difficult from this point. Any game from here on out will have Kennedale as the underdog.

Celina is the next opponent. They are currently 10-1 and state ranked in the Top 10 in Class 4A. Date and time TBA & More on that game to follow.

Arlington man struck while walking along service road of 287