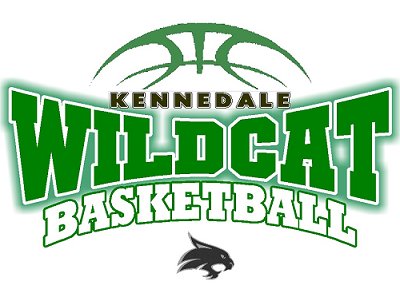 Kennedale Wildcat Basketball moved to 8-1 after notching their first tournament championship of the season playing in the North Texas Invitational Tournament held in Sanger, Texas.

Kennedale opened play on Thursday with a win over the tournament host, the Sanger Porcupines. It was all Kennedale throughout the game as the Cats led 16-8 in Q1, 28-15 in Q2, 39- 28, and when Kennedale kept Sanger to 4 points in Q4 and Kats scored it was game over at 50-32.

Christion Whitaker and Tyler Choice tied as point leaders for Kennedale with 10 each. Next with 8 points were Landon Brooks and Hunter Limbaugh.

Kennedale’s second opponent was Whitesboro and it set new team records for this season.  It was the most points scored by the Wildcats at 70 and it was the most scored against the Cats at 63.  Early this season and against Anna, Kennedale scored 66. Decatur had scored the most against Cats with 55 points until Whitesboro.

For the game, Christion Whitaker led the team with 18 points. Tyler Choice was also in double figures at 12.

In the semi-finals, it was the Krum Bobcats. Krum is a solid basketball team and showed why in a game that was only settled in the 4th.

Krum took the lead in Q1 but barely so at 10-8. The Cats fought back to take a one-point lead into halftime at 21-20. The Bobcats retook the lead by a point 34-33 heading into the 4th. Then the script changed dramatically in favor of the Cats. Kennedale owned the fourth, outscoring Krum 14 to 6 and taking control of the game for the 47-40 win.

Scoringwise this game was a team effort as Austin Pickett led the Cats with 10 points, followed by Rishaun Gipson with 9, Tyler Choice with 8, Christion Whitaker 7, Jordan Miller and Brelen Harris with 5 each, and Hunter Limbaugh putting in 3.

If Kennedale Head Coach Doug Groff had much hair on his head, this game against the Decatur Indians would have made sure there was none at the end.  The Cats played Decatur to a tie twice before winning in the second overtime by 58-55 and claiming the tournament title in the process.

For the win, the Cats had to come from behind after losing both the 2nd and 3rd periods to Decatur.

The first overtime ended with each team scoring 6 points to make it 54-54. And finally, after Coach Groff said the magic word or something to that effect, the Cat shut down the Indians allowing them only a single point while putting up six to break the tie and earn the win at 58-55.

This was the second 3-point win in a week over Alvarado. The first one, early in the same week on Tuesday, was a home win for the Cats.  While it did not go into overtime, the game was a down to the wire finish went the final whistle blew in the 46-43 win.

Kennedale will play again Ferris on December 14 at Ferris High School. The varsity game is at 7:30 pm.

With one game left in first-round district action, the Wildcats have staked a solid claim to 2nd place in District 10/4A with a win...