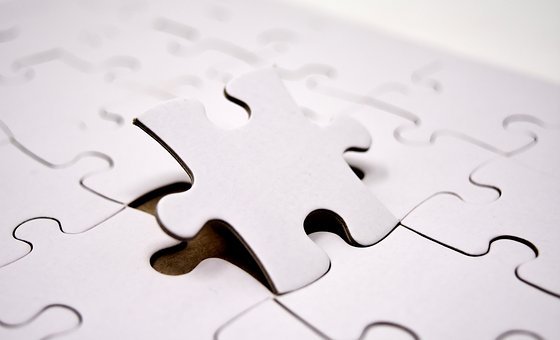 BRIAN GOSSET, a sportswriter for the Star-Telegram, describes the big event as follows.

“UIL realignment is one of the craziest events in the state as high school coaches, principals, superintendents and other officials gather to see where their programs will end up for the next two years.” Read more in Star-Telegram

Why the big deal? The Texas University Interscholastic League, better known as the UIL, was created over 120 years ago to provide the framework for contests in the areas of secondary extracurricular academic, athletic, and music contests. It has grown into one of the biggest organizations of its kind anywhere.

High School coaches love to curse it but they all can quote the “UIL Bible” almost word for word. UIL sets the rules, sets the dates and decides who plays who in each district, region, and state competition. The primary deciding factors are size, location and just a bit of voodoo, some say.

Thursday, February 3, is the big day for the rollout of new/old district opponents. Over the years, in metroplex terms, Kennedale has been assigned districts that have stretched south, west, east or north. Despite what some have thought, Coach Barrett nor any other Kennedale coach has been able to pick their district. If that was the case, Kennedale would have never been in some of the districts that they had these past two years.

Gosset put it into perspective for Kennedale when he described the situation for the KHS volleyball program.

“The Wildcats [Volleyball] have been one of the state’s top programs over the past four seasons.

During that span, Kennedale has gone to the state tournament twice. But during the current realignment, the Wildcats have been the worst district in Class 4A and maybe the entire state. It includes three uplift preparatory schools. Kennedale’s volleyball team went 14-0 in the district over the past two seasons. It only played four district games in 2020 due to COVID. The Wildcats didn’t even drop a set, going 42-0.”

The same type of district alignment has been true of both the girls’ and the boys’ basketball programs.

Another issue Kennedale would like to see improved is the fact that unlike in the past, most alignments of teams for Kennedale were the same throughout the different sports. Over the last several years that has been just the opposite.

There is no consistency in district opponents across the spread of Kennedale sports. For every changing season, be it volleyball, football, soccer, track, basketball, softball, or baseball there is a changing of opponents. Makes it hard to develop the fun of rivalries.

In football, KISD Athletic Director Richard Barrett doesn’t think there will be much of a change for the Wildcats. This has been a more traditional setup with Kennedale playing in an eight-team district made up of six Fort Worth ISD teams along with Castleberry. It stays in a more confined area.

Kennedale baseball and softball have had yet another group of district teams to play in their respective districts. Their districts have included the same three teams ranging from Ranchview in Dallas to Ferris south of Dallas and Midlothian Heritage. In the coming alignment, there will have to be a change in this line-up for next year. Midlothian Heritage will be moving up to Class 5A. Who will fill that void or will these two Kennedale programs move back to more of a Fort Worth-centered district?

Kennedale Soccer offers the fourth version of district opponents. It is has been a seven district composed of the aforementioned Midlothian Heritage, Godley, Life Waxahachie, Venus, Alvarado, Life Oak Cliff, along with Kennedale. Again, note the change with the loss of Midlothian Heritage in the next alignment.

More of the same or …

What surprises are in for Kennedale on Thursday are not known but it will make for good press and a lot to discuss and cuss.

Background information: There are six classifications for the UIL (1A, 2A, 3A, 4A, 5A and 6A, moving in that order from small schools to large schools. Assignment to these six classifications is based on the reported enrollment of each high school on the same date in the year set for realignment. 2022-2024 R&R Policies and Procedures

Kennedale is in Classification 4A Division I with an officially recorded enrollment at Kennedale High School of 997. Background: In 2019 the snapshot enrollment for Kennedale High School was 955 which gives KHS approximately 4% increase). This compares to Midlothian Heritage, which has made a big splash in Class 4A since its arrival a few years back with a reported enrollment now of 1512. This is well above the cutoff enrollment for Class 4A of 1299. The same can be said for a long-time nemesis of Kennedale, the Argyle Eagles, who will also be moving up and out of Class 4A with a reported enrollment of 1342. Preliminary Enrollment Numbers