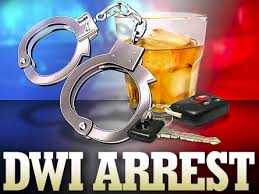 Briarwood Road – Criminal Trespass
Officers were dispatched to a general disturbance. The complainant requested a criminal trespass warning for an individual refusing to the leave location. Subject left without incident.

W Kennedale Parkway – Warrant Arrest
While on routine patrol, an officer conducted a traffic stop. The driver was found to have a warrant for their arrest. After confirming that the warrant was still outstanding, the driver was transported to jail without incident.

Municipal Drive – Assault Report
An Assault-Family Violence offense report was completed after the complainant stated they had been assaulted several days ago.

Mansfield Cardinal Road – Domestic Disturbance
Officers were dispatched to a domestic disturbance. The complainant advised that they were the victim of an assault. An Assault- Family Violence offense report was completed.

S Dick Price Road – Minor Motor Vehicle Crash
Officers were dispatched to a single-vehicle crash. The driver was transported to a local hospital.

Trent Street – Warrant Service
Officers made contact with two subjects. One of the subjects had an active warrant and was also found to be in possession of methamphetamine. The subject was arrested and transported to jail for the warrant and possession of a controlled substance without incident.

S. New Hope Road – Driving While Intoxicated
While on patrol, an officer heard screeching tires and soon after observed a damaged vehicle on a public roadway. The officer made contact with the driver and detected the strong odor of alcohol. After a field investigation was conducted, the driver was arrested and transported to jail for DWI. The arrestee was also charged with Unlawful Carrying of a Weapon and Duty of Striking a Fixture.

Legacies past and present

Kennedale Wildcat Basketball moved to 8-1 after notching their first tournament championship of the season playing in the North Texas Invitational Tournament held in...

April 20, 2021
By Meredith Rose Eight students from Fellowship Academy in Kennedale, TX, visited the Bluebonnet Surgery Pavilion in Waxahachie last month to gain exposure to surgery and enhance their understanding of the medical field.  The students who participated are enrolled in Fellowship’s Health Science track, part of...
Read more

Come from behind win seals a Lady Kats BB win over...