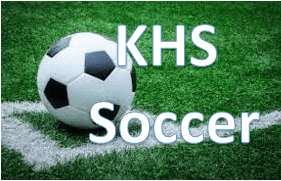 The KHS soccer program has had its first games in regular-season action this past week with mixed results.

The Kennedale LadyKats, who sat out last season, had a decisive 10-1 win over 5A Arlington Sequin. Meanwhile, Wildcats’ soccer lost to 5A FTW OD Wyatt 10-1.

Kennedale Soccer plays in District 8 in Class 4A. It is composed of seven teams for the LadyKats.  Besides Kennedale, the district includes Midlothian Heritage, Oak Cliff Family Life, Venus, Godley, Alvarado, and Life Waxahachie. The only difference for the Wildcats boys is the addition of Keene to make it an 8 team district.

Results for teams on the LadyKats’ side of the district show that Midlothian Heritage opened with a win and a loss. Life Oak Cliff reported two wins and a tie. Venus has a tie while Godley, Alvarado, and Life Waxahachie all recorded a loss. Last year Heritage won the district title and went on to win the state title with a 27-1 record. Life Waxahachie came in second in the district last year followed by Alvarado.

For the boys in District 8, Midlothian Heritage is 2-1-0, Alvarado reported a tie, Life Waxahachie has 2 ties, Venus 1 lost and 1 tie, Life Oak Cliff 4 losses, Godley 2 losses, and Keene has no reported games. Last year Heritage won the district title and went three deep into the playoffs.

The LadyKats will continue to play next week against 5A FTW Carter-Riverside on Tuesday, January 11 at 6:30 pm at home.  The Kats will then participate in the Castleberry HS tournament from January 13-15. See Schedule.

The LadyKats’ head coach is Patrick Hughes. The head coach for the Wildcats is Heath Wakeland.

CITY: Little city has to find ways to deal with big problems