Kennedale News
Home Local A spin through Kennedale elections of the past – mayors, council members... 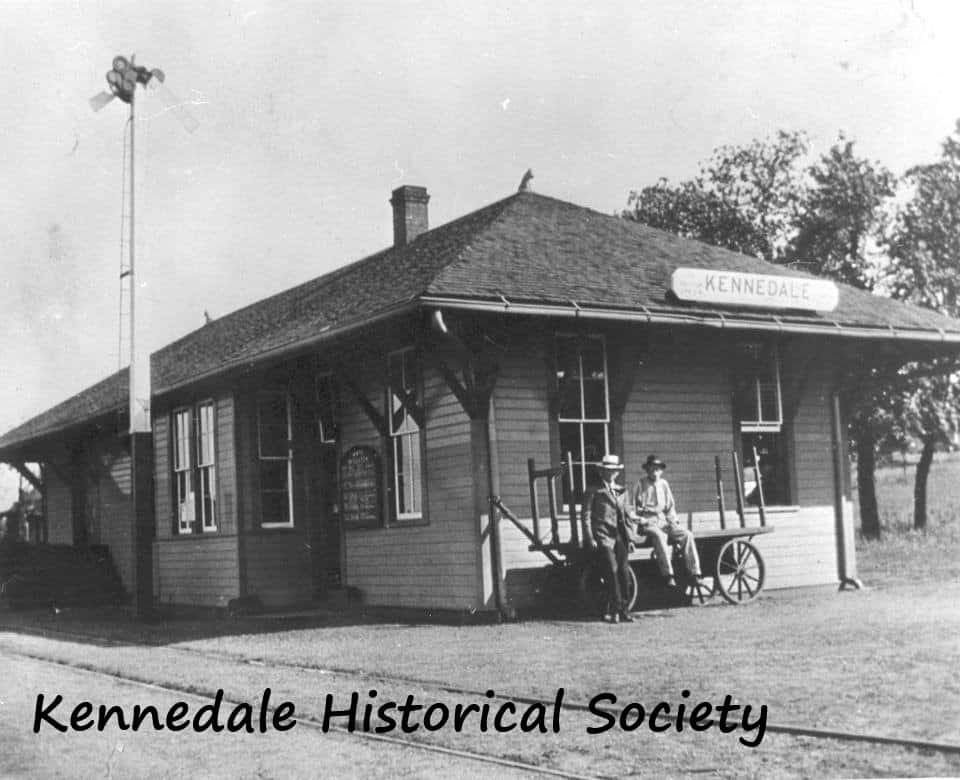 Kennedale has been around a long time but as an incorporated city with elected officials, it only dates back to 1947.

Yet the first settlers, other than native Americans who roam the area, came in the mid-1850s after receiving land grants.

The Village of Kennedale grew as a local trade center helped by the trains that regularly passed through the community. By the 1940s, local leaders decided it was time to officially become a city with elected city officials. The village was incorporated as the City of Kennedale in 1947. Source: Kennedale Historical Society

There were many who help develop and grow the city throughout the years. Some of these names live on through street signs, subdivisions, buildings, streams, and even the name of the city itself. Others are lost to history but not all. Many who chose to lead the city are still listed in city files.

Once it became a bonafide city in 1947, records were kept. One of those records was and still is an annual record of city elections. The official election register for the City of Kennedale can be seen here. The register lists all those individuals who won or were appointed to the position of mayor or council member from 1947 up to the present date, many of whom longtime residents will recognize.

There have been 20 different mayors since 1947. Four of the mayors came back after leaving office to serve non-consecutive terms. They are noted below by an asterisk after their name.

The longest-serving mayor was Steve Radakovich who served in 1976-84 and again 1986-92 for a total of 14 years. He also served another 10 years as a council member for a total of 24 years of combined service to the city.

The list of mayors for the City of Kennedale include:

There are a couple of individuals that were originally elected to be mayor but for political or personal reasons did not serve and their names are not included on the list.

The first was W.W. Davis who was appointed to the office after B.T. Webb resigned in 1953. Davis according to the minutes resigned immediately after A. L. Bulin was appointed to fill his [Davis] place on the council. The Council then appointed Bulin to be mayor and followed that with the appointment of Davis to his old seat on the Council.

The second was W.R. Martin who was elected in April 1954 and resigned in November of the same year after never taking the oath of office or attending any meetings. Virgil Turpin was appointed to fill the position.

At least ninety Kennedale citizens have served on Kennedale City Council since 1947. Only 23 have served only one term of office, the rest have served multiple terms often three or more. Note: There may be others who were appointed to fill a vacancy but chose not to run for the office after their term of appointment was completed. Those names would not appear on the official election register.

Besides the previously mentioned Steve Radakovich, the longest-serving council members were in no certain order:

There have been at least 11 women who have been elected to the council over the years.

The following is a list of council members followed by years elected or appointed.

Additions to the original article include the following:

Jacobson, Julie – elected in 2021 but resigned early due to a change in residency.

Gilley, Rocky – 22 appointed in 2022 to complete the term of resigning Gary Mitchell

Horton, Brad – 2022 appointed to complete Jan Joplin’s term after she was appointed mayor.

Note: The Mayor/Council of 2022 has the special distinction of having only two of its six members elected to the offices where they are currently serving.

Note of appreciation – Over the years, there have been many more Kennedale residents who have served as appointees or volunteers on city committees and commissions. Those names are not available.

As previously mentioned Kennedale became a home rule city when a charter was approved by the voters in 1998. This was another significant milestone in the history of the city. The City Charter has since been amended twice, once in 2016 and again in 2019.

Explanation: When a City operates under a Charter, they’re said to be a ’Home Rule City’. These Cities can take any actions which are not prohibited by the state or federal laws and/or the Constitution of the United States and Texas. However, under Texas law, a city has to reach a population of 5,000 residents before it can consider becoming home rule. Kennedale had a population that exceeded that number by 1997. See more at Kennedale Home Rule Charter.