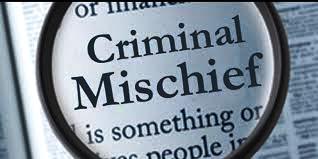 E. Mistletoe Dr. – Officers responded to a domestic disturbance. The complainant advised a family member damaged their property and assaulted them in the process. Charges filed.

W Kennedale Parkway – While conducting an after-hours business check, officers made contact with a subject who had warrants. The subject was arrested and transported to jail without incident.

Pennsylvania Ave – A complainant advised their vehicle was damaged after being struck by an unknown vehicle. Officers took a hit and run report and charges were filed.

W. Kennedale Parkway at N. Dick Price Rd. – Officers responded to a hit and run accident. The complainant advised a vehicle had crossed into their lane and struck their vehicle causing damage. The suspect vehicle did not stop to render aid or exchange insurance information.

3rd St.– Officers were dispatched to a theft report. The complainant reported that two AC units were stolen sometime over the weekend. A theft report was taken.

W. Kennedale Parkway – Officers responded to a minor crash. No injuries were reported.

W. Kennedale Parkway – Officers were dispatched to the location for a criminal trespass warning violation. Upon arrival, officers determined that the subject needed medical attention. Paramedics transported subject to hospital. Officers advised the subject that a warrant would be issued for the violation.

W. Kennedale Parkway – A complainant requested a criminal trespass warning for an individual at the location causing a disturbance.

S. Eden Rd. – Officers responded to a domestic disturbance. The victim had visible injuries and witnesses were interviewed. Charges were filed for Assault Family Violence.

E. Mistletoe Dr. – Officers were dispatched to a welfare concern. Upon arrival, officers made contact with the subjects involved and contacted the appropriate agency to conduct a follow-up.

Kennedale Parkway – An officer made contact with an individual who had an active warrant. The subject was arrested and transported to jail without incident.

Colbi St. – Officers responded to a general disturbance. The complainant advised they were assaulted by an unknown individual after throwing a bottle at the person’s car which caused minor damage. Officers arrested one individual for Assault and Burglary of a Habitation and wrote the complainant a citation for Reckless Damage.

CITY: City Charter amendments on ballot in May

In the school of hard knocks in basketball terminology, coaches put players through repeated severe challenges with the hope that this type of adversity...