Join us in saying congratulations to one of Kennedale's long time city employees. Randy Philips worked for the City of Kennedale for the last...
Read more
Local

This past July on the 17th, Kennedale had a quiet birthday. On that day, 73 years earlier in 1947, the City of Kennedale officially became incorporated. The city had its first mayor, city council, city marshal (police chief), and fire department.

Don’t misunderstand, Kennedale as a community had been around a long time. The following is from the Kennedale Historical Society.

“In the city’s formative years, beginning when the land was purchased by Oliver Sylvester Kennedy, John Dixon Hudson, and Colonel Boggs Teague and surveyed by Teague in 1882, its primary resources were a mineral well, several dairies, cotton crops, and a brickyard.[4]

Some of Fort Worth’s most influential and well-known businessmen were instrumental in Kennedale’s early beginnings,[5] as were hard-working individuals and farmers, and the community was known as the “Village of  Kennedale.” The village was incorporated in 1947 and became a city when several of its citizens got together and made this so.[6]  A City of Kennedale Home Rule Charter was adopted in 1997.” You can read more @ https://kennedalehistoricalsociety.wordpress.com/2013/01/03/about/

On Saturday, August 16, 1947 Kennedale had its first vote, electing a mayor, five aldermen, and a city marshal. Voting rolls show that there were 280 possible voters for this election. Winning the election A. L. Bulin for city Mayor, Charles Leroy Cooper, Jeff Garrett, W.W. David, J.L Knotts and James A Arthur for city aldermen (city council).

Frank Bedford was the first city marshal along with Dave Foster as the first policeman who patrolled the city in his own Studebaker pickup. A few years later in 1950, Kennedale formed a volunteer fire department with Marty Peterman and W.W. Gillespie as Fire Chief and Assistant respectively. Thirty men made of the roster and the fire engine was kept at Peterman’s service station. A fire station was completed in 1954.

In 1976 Kennedale formed an ambulance squad sponsored by the Kennedale Fire Department. It was later outsourced to Mid-Cities Ambulance Service but after concerns arose over response time it was re-established as a city service sometime in the mid-’80s.

Water needs became one of the first items addressed …

Years later, Kennedale, after soaring water rates and with the city having trouble providing the water needs of the city’s rapidly growing population, an agreement was made with the City of Arlington to provide water and for operating services.

Current property tax rate lower than the city rate in 1956 …

Efforts to have a public library began in 1992 …

A volunteer organization, Friends of the Kennedale Library (FOLK), was formed in 1992 for the purpose of establishing an accredited public library in the city. Once established it operated for a number of years in the old police department and jail facility located on New Hope Road, one block south of Kennedale Parkway (Bus 287).

The Kennedale Library is now in a cooperative with the cities of Mansfield and Arlington. The cooperative provides Kennedale residents including those in the KISD access to the resources of two much bigger libraries.

The Kennedale Library also provides residents (including Kennedale ISD residents) internet services and public computers as well as a full library of online free videos, ebooks, and audiobooks via the app “Hoopla.”

The U.S. President was Harry S. Truman. The Texas governor was Beauford Jester who served just two years before dying in office in 1949 (the only Texas governor to die in office). Allan Shivers was his successor.

From the headlines of the Star Telegram …

Prices & entertainment as recorded in the Telegram …

The most common name of the day according to census data was Linda for girls and James for boys.

Selected photos provided to the Kennedale News over the years …

Note: Kennedale News begin publishing in 1965 but a fire destroyed all papers from the 60’s and the 70’s with the exceptions of scraps of articles and photos from that era. North Texas University Library system is compiling searchable online copies of the printed edition of the newspaper from the early 1980’s through the 2000’s that will be made available to the public on completion. Any old copies of the newspaper from the 60’s and 70’s that could be obtained would be appreciated. The original will be returned to owner.

Previous articleAnnexation – What is the Price ?
Next articleKennedale Welcomes New Business!!

April 30, 2020
Lori Richardson M.D. (Glovier)April 28, 2020Corona Virus Clinical PerspectivesIt seems we are at war.  Our enemy was previously unknown to us.  While it is related to prior enemies, it is mostly entirely new.  We have no idea of the total number of weapons/personnel, we...
Read more 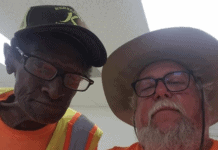 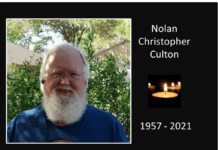 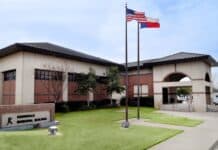 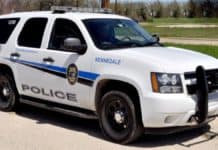 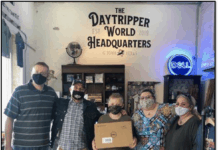 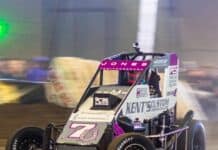