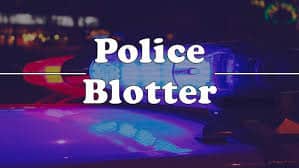 Significant Calls of the Week:

Spring Branch Lane – Missing Person
The responding officer took a report for the voluntary absence of a juvenile. The juvenile left their home without the consent of their parent/guardian.

S Dick Price Road – Motor Vehicle Crash
Officers were dispatched to a crash involving a tractor-trailer. One injury was reported.

W Kennedale Parkway – Criminal Trespass Warning
Officers responded to the location for an individual refusing to leave. The subject was issued a criminal trespass warning per the assistant manager. No further police assistance is required.

Village Street – Motor Vehicle Crash
Officers were dispatched to a single motor vehicle crash. The driver of the vehicle was injured.

Municipal Drive – Assault
Officer took a report for Assault Family Violence after speaking with the victim who presented injuries.

Fountain Court – BMV
The complainant advised their vehicle was broken into and several items were stolen. An offense for Burglary of a Motor Vehicle was completed.

W Kennedale Parkway – Assist Other Agency
Officers were dispatched to an assault. Upon arrival, the victim advised the offense occurred in the City of Fort Worth. Fort Worth Police arrived and took the offense report.

Mistletoe Drive – Domestic Disturbance
An officer took an incident report regarding an assault. The incident is still under investigation.

Wendy Court – Protective Custody
Officers were dispatched to a welfare concern. Upon arrival, it was determined that the subject was suffering from a mental crisis and was transported to a local mental health facility without incident.

CITY: Grab your coffee and join the conversation