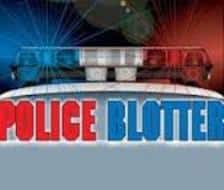 Significant Calls of the Week:

Danny Drive – An officer made contact with a subject who had an active warrant. After warrant confirmation, the subject was arrested and transported to jail without incident.

W. Kennedale Parkway – At the request of the complainant, an officer issued a criminal trespass warning for a subject refusing to leave the location.

Corry A Edwards Road An officer took an offense report for burglary.

N. Little School Road – Officers made contact with a subject on foot. The subject was arrested and transported to jail for public intoxication and outstanding arrest warrants.

Arthur Drive – An officer took an offense report for an assault that resulted in bodily injury.

Danny Drive – Officers were dispatched to an animal call. Citations were issued for animals at large.

Crestview Drive – An officer took an offense report for a stolen firearm.

Arthur Drive – Officers responded to an assault in progress call. Officers were able to locate the suspect who was arrested for assault, burglary of a vehicle, and criminal mischief. The suspect was transported to jail without incident.

Crestview Drive – An officer took an offense report for burglary of a motor vehicle.

Time for VBS at 1st Methodist

KJHS: A lot of grit and determination

Correction made in the article to reflect that district record is 3-1 With one game left in first-round district action, the Wildcats have staked a...