The following is based on the City of Kennedale Police reports for the time period given. This does not include calls for which no report was written, and some of these offenses — after further investigation — may be deemed unfounded. 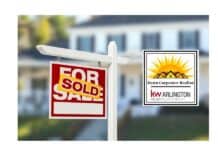