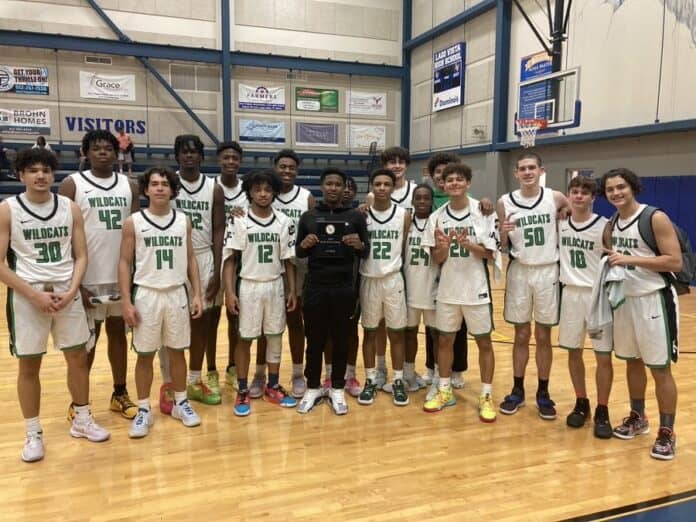 The Cats suffered their second loss of the season but were able to take revenge by beating the same team in the championship round of the Lago Vista HS North Shore Tournament this past weekend.

Lago Vista ISD is located on a bend of the Colorado River just northwest of Austin, Texas. This was a first-time tournament for the Kennedale and proved to be a good one.

During the three-day tournament, Kennedale played TAPPS 5A Austin Regents, 4A Salado, TAPPS Austin St Stephens, and 4A Sweeny.

On Saturday, the Cats earned a place in the championship game with a win over TAPPS Austin St Stephens 69-43 in a noontime game. In that game, Landon Brooks (Jr) led the team with 25 points while Pablo Agosto-Vega (Jr) added another 16.

The North Shore Championship game pitted the Wildcats against Regents once again. Coming in as the underdog, the Wildcats had something to prove and took control of the game in the second half to win 56-44.

Area challenges coming up next week …

The Wildcats will travel to play Decatur (7-5) next Tuesday followed by a Friday night game at home against China Springs (9-4).

Maxpreps? game players selections for Kennedale vs. Legacy and Crowley