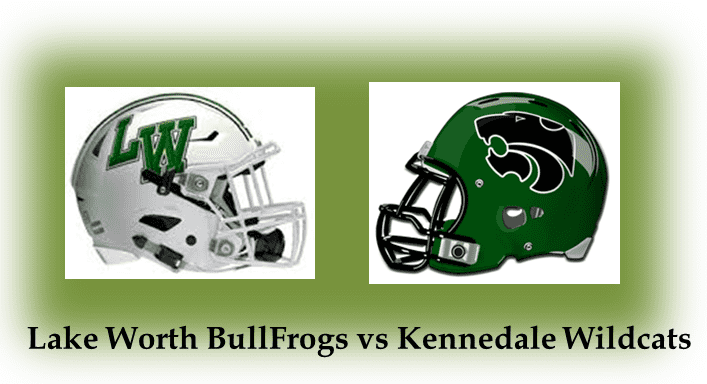 It is six weeks into the regular season and for the Kennedale Wildcats, defending 6-4A district champions, the season is really just beginning. The earlier stuff has turned out to be just that, early stuff.

Kennedale did show moments of promise in a 34-7 loss to 4A-I Waco La Vega during the first game of the season. That was followed by a win over the 4A-I Alvarado Indians 27-21. In game three, the Wildcats fought 5A-II Denison to a 35-28 overtime loss, followed by two district wins via a forfeit by FTW Eastern Hills and runaway by a luckless Castleberry team 56-0 last week.

So far in this season, three teams out of the eight-team district remain to present a serious challenge to Kennedale – Western Hills (3-2,1-1), Dunbar (2-3, 2-0), and Lake Worth (4-1,2-0). Note: Even with the forfeit FTW Eastern Hills still remains in contention in the district race at 1-1.

Dunbar did show its top status with a 66-33 win over Western Hills last week. Eastern Hills and Western Hills will try to eliminate each other in the title race tonight in a game set for 7 PM.

The take on Lake Worth …

Lake Worth along with Dunbar are definitely the teams that could deny Kennedale another district title. The Bullfrogs finished 2nd in District 4-4A last year before moving to District 6-4A this year. Like Kennedale last year, the Bullfrogs won their first-round state playoff game vs Hereford before suffering a 34-20 loss in the second round to El Paso Riverside.

This year Lake Worth, designated as the pre-season runner-up in District 6-4A, opened the season with a 36-30 (OT) win over 4A-II Ferris followed by a 17-16 loss to 5A-I Granbury. The next week the Frogs took a 30-10 win over 5A-II Carrolton Creekview followed by sweeps of fellow district opponents Castleberry (50-0) and Carter-Riverside (52-6).

Bullfrogs the Cats have to watch …

Others to watch on this Lake Worth team include

Cats’ first test of their title …

By the laws of nature, a wildcat should win a match against a bullfrog on land but this bullfrog just may be big enough to swallow one. It should be a serious confrontation between the two at Lake Worth this Friday night.