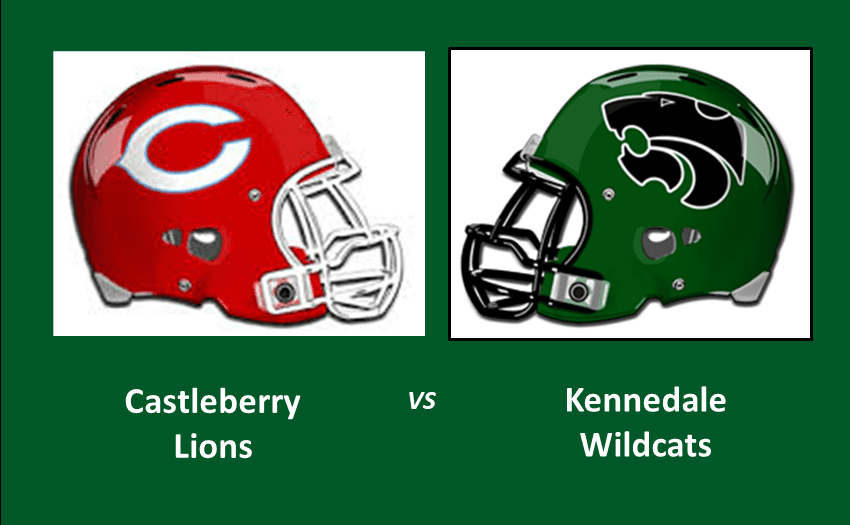 While the game is not going to get a lot of attention, it is an important game for the Cats. Kennedale has not played in over two weeks, thanks to an open week in the schedule and then a forfeit by Eastern Hills last week. The Cats simply need to play.

Kennedale is 1-0 in District 6-4A. Kennedale was the preseason favorite to keep the district title but other contenders were listed – Lake Worth, Dunbar, and Western Hills. Tonight Castleberry (0-4) would like to get its first win of the season.

Tonight’s game will complete the second round of district play. Kennedale and Lake Worth (3-1, 1-0) hope to join Dunbar atop the standings. Besides the Kennedale vs Castleberry game, Lake Worth will host Carter-Riverside (3-1, 01).

A QUICK LOOK BACK …

Almost three weeks ago in Kennedale’s last game on the field, the Wildcats fell in overtime to 5A Denison 35-28. The Wildcats proved that would not give up on any down. The Cats only punted 3 times more often going for it on 4th and succeeding.

In the first quarter, the Cats struck first giving them the early lead, 7-0. Denison responded to tie the game. But at the quarter’s end, Kennedale scored to regain their edge, 14-7. The second quarter proved to be Denison’s with the Yellow Jackets scoring two touchdowns to go up 21-14. Kennedale did respond with a drive in the closing seconds of the half to score. The extra point attempt failed and Denison was still ahead 21-20.

After the halftime break, Kennedale scored first and with a 2-point conversion once again led 28-21. Denison did tie the game for the last time but not before a controversial call in which a Kennedale player had seemingly scored a touchdown by a reception. The catch was ruled a fumble that went to the Yellow Jackets. Neither team would score again and the game ended in a tie, knotted at 28-28.

In overtime under UIL rules, each team gets four plays to score from their opponent’s 25. Denison made good on their turn, Kennedale did not and the Denison claimed the win 35-28.