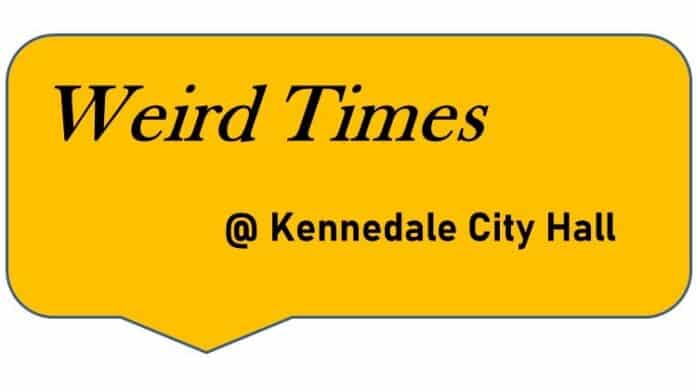 Last week was the chance that early birds could sign up for the local offices that will be on the ballot this spring. It was almost as quiet as 3 am. Out of the five positions available, two individuals have filed, and both are incumbents.

There are still over three weeks remaining. The deadline is February 18.

Local offices on the May 2023 ballot…

Kennedale ISD Board of Trustees:

City has a majority of appointees in elective offices …

But the interest in this election cycle probably will remain on the west side of Kennedale Parkway. At Kennedale City Hall, the past two years have been seismic. There has been an almost 100% turnover in staff and leadership.

The Kennedale City Council is an example. Only 2 individuals of the current six members council/mayor governing were elected to the position that they are currently holding. The rest have been appointed. That is an unusual number for any city and it seems to be a first for Kennedale going back to when citizens began to elect council & mayor positions in 1953.

A cascade of resignations …

There were three resignations on the city council last year that resulted in the opening of four positions.

First, there was the resignation of Julie Jacobson who resigned because she had moved out of the city limits. She was elected to the Council in 2021 in Place 3. The Council selected Kenneth Michels to fulfill the remainder of Jacobson’s term which expires this year. Michels, who retired from the city after many years of employment, has served on the council once before as an appointment when Council Member Sandra Lee resigned in 2020 after she was elected as a Tarrant County Constable. Michels did not run for election after he completed that term.

Second, the newly elected city mayor, Hollis Matthews resigned after six months. He had been elected in May of 2022. (Note: This is the second elected city mayor to resign in office during their term in the past two years. Brian Johnson resigned in 2021 after seven years and five elections in the position) Hollis was replaced by Council Member Jan Joplin by a vote of the Council. Joplin, while serving this past year as a council member, had been selected by the Council to serve as the Mayor Pro Tem before her selection as Mayor. Joplin has also served previously on the council, a two-year term in 2017.

Third, when Jan Joplin resigned or vacated her Place 1 office to accept the appointment to the mayor, the Council appointed Rockie Gilley to fulfill her uncompleted term. Gilley had served previously as a city council member in 2017 for a two-year term but chose not to run for re-election. He was often at odds with the then-sitting council but has remained involved since. Place 1 is up for election this year.

Fourth, longtime city critic Gary Mitchell, who also had just been re-elected to office in May of 2022 for Place 2, choose to resign from his council position. He ran unopposed at the time of his election. The Council then choose Brad Horton to fulfill the remainder of Mitchell’s two-year term which will end in 2024. Horton has not served on the council but has been active on city committees.

At least four of the before mention according to previous campaigns and social media share a common concern over the increased size of local city government and its potential overreach.

Whoever is elected over the next two years, has to be prepared for change as well as the maintenance of the current infrastructure. The Dallas-Ft Worth- Arlington is listed as the 7 fastest growing metropolitan area in the U.S. The area added over half a million people over the last five years and at a time when the US population overall is declining. Source: The Fastest-Growing Metropolitan Areas in the U.S.

Seeking voter approval this time around …

Both Rockie Gilley and Kenneth Michels have decided to seek voter confirmation of their current appointed positions. Each formally filed for election in May last week.

The how and when of filing for office …

Interested in running for local office? You may think it is too early but think again.