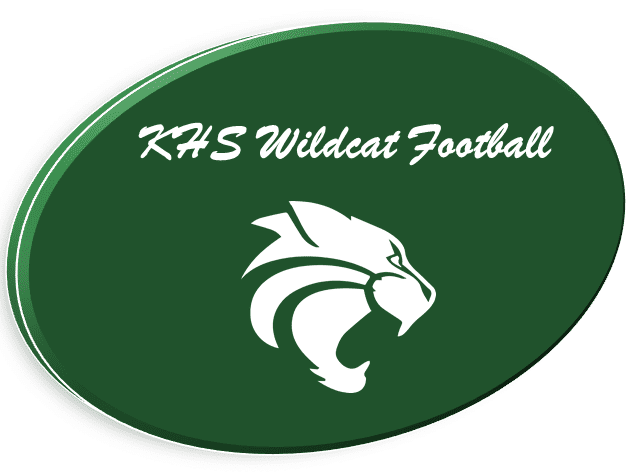 On paper, the Friday night game against the only other undefeated team in District 6/4A, the Benbrook Bobcats, had all the makings of a real season-ending cliffhanger with district title up for grabs. Nope.

A Wildcat feast on both sides of the ball ...

The offense rolled up 340 total yards while scoring 8 touchdowns (7 on the ground and 1 by air). The Wildcats punted once in the game.

The Wildcat defense stopped the Bobcats dead in their tracks, allowing a measly 97 total yards for the game. Benbrook had been averaging 274 yards rush and 81.9 by pass. There were 12 tackles behind the Benbrook line including 5 sacks, 2 fumbles recovered and two blocked punts not to mention all the hurries (11) and passes defense (6).

The wind was knocked out of Benbrook early. The Bobcats were forced to punt on their first possession after managing to gain the Benbrook 44.

On their second possession, Benbrook made it to the Kennedale 24 yard line (their deepest penetration of the game) before turning it over on a quarterback sack on a 4th and 5.

In the meantime, the Wildcats scored on their first 3 possessions with one of those a 53-yard carry by senior running back EJ Higgins.

Benbrook had to punt on their third possession of the game but seemed to have caught a break when they recovered a Kennedale fumble on their BB24. However, their moment to celebrate was quickly smothered when three plays later, the Bobcats fumbled back to the Wildcats on the KN46.

Benbrook then suffered what had to be a completely demoralizing play when Wildcat Higgins rumbled once again for a 54-yard touchdown and a 28-0 score. It was the first play from scrimmage after Kennedale recovered the fumble.

Benbrook ended the first half with another turnover on downs and two more punts. One of those punts was blocked by Kennedale and set up Kennedale’s 5th touchdown of the half.

The Benbrook defense did force the Wildcats to punt once in the 2nd quarter when Kennedale was stopped on the BB45 yard line.

The second half was a real nightmare for the Bobcats as the Kennedale defense totally ruled the line of scrimmage. Benbrook could not generate any positive yardage for all the losses, fumbles, and punts that were blocked or rushed.

Kennedale chose to end the game with repeated kneel-downs including a delay of game penalty to assist in running down the clock. When the whistle blew, the final score was 63-0.

Record shutouts in a single season …

Kennedale had yet another shutout win. The Wildcat football team has blanked 7 teams this season, which, according to all available information, is a Kennedale High School record.

This is all good for Kennedale (9-1) as it enters the playoffs to face the 4th seed out of District Brownwood (4-6). The game will be played at Tiger Stadium, 1102 Stadium Dr, Glen Rose, TX 76034 this Friday evening with game time set for 7:30 pm. Tickets can be bought in advance. There are no cash sales at the gate. Follow this link to buy tickets – https://grisd.hometownticketing.com/embed/event/66…

Stats for the game – Kennedale:

I love what I do – 50 years of public service

The Kennedale Wildcats are currently 3-1.  They are coming off an unusual 13-13 mark last season. While that was close, the Cats have not...

Texas is growing and fast, giving new meaning to “Everything in Texas is bigger!”

April 20, 2021
By Meredith RoseEight students from Fellowship Academy in Kennedale, TX, visited the Bluebonnet Surgery Pavilion in Waxahachie last month to gain exposure to surgery and enhance their understanding of the medical field. The students who participated are enrolled in Fellowship’s Health Science track, part of...
Read more

Arlington to begin rebuild of Sublett Rd – Joplin to Kennedale...

Texas is growing and fast, giving new meaning to “Everything in...

Who are we in Kennedale?