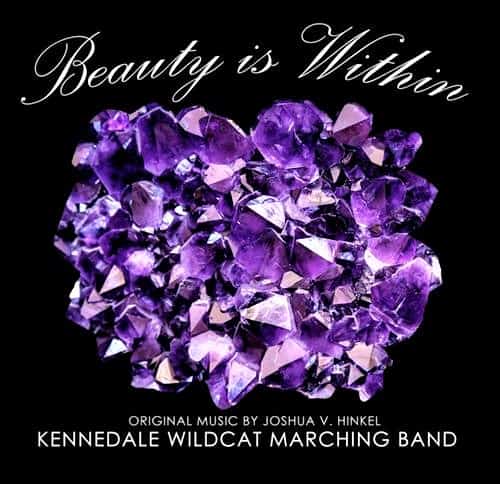 The 117 members of the Kennedale High School Marching Wildcat Band know what they will be doing this Saturday. It is something they have been preparing all season long. The Wildcats have advanced to the UIL Area D Marching Contest to be held this Saturday, October 29th at Liberty Hill High School Stadium, Liberty Hill, TX. Click for directions

The KHS Band will perform in the Prelims competition at 12:45 pm on Saturday. The top ten finalists of the 29 bands at Area will compete in finals that night where the Top 5 bands will be selected to advance to the Texas UIL State Marching Band Contest to be held in San Antonio at the Alamodome on Wednesday, November 9th.

The band under the direction of Erol Oktay began the competition season at the Princeton Marching Festival with a solid first competition performance against some top 5A and 6A programs. At the Springtown Marching Festival, the Cats placed 7th overall for the day in the Finals competition. Last week the Wildcats received a “Straight Ones” First Division Rating from the judges at the UIL Region 30 Marching Contest, allowing them to perform at Area.

The Wildcat Band has advanced to the State Marching Contest for Texas 8 times with their best finishes as 5th in the state in 2015 and 2019.

This year the performance used for the contest is entitled Beauty Within – inspired by the beauty of the purple amethyst stone. The band wears “performance tops” (costume jackets) that represent that color. The color guard costumes, flags, and backdrop screens used during the show all complement the overall color scheme of purple amethysts, with light blue and light green highlights. The public has had a chance to see much of the performance program this season at KHS football games as the band presented different portions of it during their halftime shows.

“I’m extremely proud of the band this year,” said Director Erol Oktay. “We have a demanding program of music and drill for this season’s production and the kids are meeting these challenges head-on with a positive attitude and effort. We are looking forward to the next few weeks and achieving the highest level of excellence possible as we continue our tradition of superior performances.”

There are 22 seniors and 28 juniors playing for another chance to move on. Since state-level competition happens only every other year, and if they have been with the band for the past two years they have been to Area and then moved on to State once before. This year’s 32 sophomores and 35 freshmen are getting their first opportunity.

Student leadership for the Marching Wildcats include:

A special shout-out to the Wildcat Band Booster Club, one of the largest booster clubs in the school district. This year’s President is Julie Hughes

Fellowship Academy and the Magi Marketplace & Festival Partners with Teen Life for a Benefit...